On today’s show, we discuss the hidden champions market, what their success looks like, what makes them successful, and how you can apply those learnings to your organization.

Hermann Simon is the Founder and Honorary Chairman of Simon-Kucher & Partners, today the world’s leading price consultancy with 41 offices and 1600 employees.  From 1995 to 2009 he served as the CEO and is the firm’s Honorary Chairman today.

Professor Simon has published over 40 books in 30 languages, including world bestsellers on Hidden Champions and price management. His most recent book is True Profit! No Company Ever Went Broke from Turning a Profit. His new book Hidden Champions in the Chinese Century: Ascent and Transformation will be published this spring.

What is a Hidden Champion?

A Hidden Champion is a company that is one of the top three in its world market, has a revenue of less than 5 billion Euros, and is not known in the general public. They make up a large part of the economy.

How is it possible that they are hidden? Why don’t they come out and be globally known?

It’s often part of their culture. They don’t want to attract the attention of their competitors. Often, they are suppliers contributing to complex products made by other more visible companies.

What is the blueprint for success for these companies?

The strategy is built on three pillars.

How do these companies remain focused?

They choose to either focus on a certain product or focus on their particular customer base.

How can companies evaluate an opportunity to know whether it is a distraction or something to pursue?

The biggest strength is closeness to the customer and understanding the needs of the customer. Be very good at integrating technology and customer needs. If you apply this integration, you are likely to be successful. Customers will always have needs, but the methods of meeting them will change with new technologies.

Globalization can be challenging. How are the hidden champions successful at globalization?

Above all it is a people challenge. There are always issues with bureaucracy, customs, restrictions, regulations, etc. However, the real bottleneck is people. Technology has improved the ability to globalize, but it is still a long-term process. You need people that speak the language where you are entering, and you can only start a couple new locations at a time. You’ll want to plan for some failure along the way. It will take decades to truly build a good global network.

How does a company decide where to go if trying to globalize?

It will depend on your strategy and your people. Do you have people who can and are willing to go to certain places?  One strategy is to hire graduates from universities in the country you are entering and have them come to your home office for a year to become familiar with your culture and techniques before joining others to start an office in their home country. You want to hire, train, and retain these valuable employees. It requires a lot of patience to globalize.

What are the main things that cause champions to fail?

What is it about Germany that fosters so many of these types of organizations?

How does price play into the competitiveness and success of these hidden champions?

The most important aspect of pricing is the value to customer. A successful company will better understand the value the customer perceives, how it can it be delivered, how it can be created through innovation, and retained.

Recent books by Hermann Simon
Many Worlds, One Life
Hidden Champions in the Chinese Century 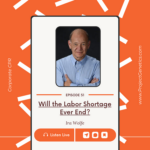 Corporate CPR Episode 51: Will the Labor Shortage Ever End? 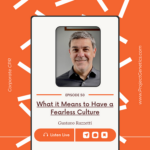 Corporate CPR Episode 50: What it Means to Have a Fearless Culture 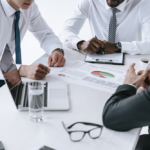 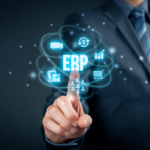 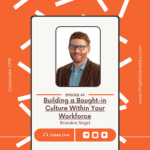 Corporate CPR Episode 49: How to Build a Bought-in Culture within Your Workforce