What Is Scaled Agile Framework vs Scrum?

In 1986, Hirotaka Takeuchi and Ikuhiro Nonaka wrote a paper for the Harvard Business Review. “The New New Product Develop Game” applied rugby terms to organizational methods in developing and delivering products. Although rugby is foreign to most Americans, terms such as “scrum” and “agile” struck a chord. More than three decades later, companies looking to create the ideal project management office still struggle to differentiate between concepts such as Scaled Agile Framework and Scrum, though. Here’s a primer.

What Is Rugby and Why Does It Relate To PMO Implementation?

Rugby resembles American football with some notable differences. Like football, rugby’s objective is for a group of rather large people to work together to carry an egg-shaped ball into the opponent’s end or kick it through their goalposts, but unlike football, play rarely pauses.
The metaphor applies to PMO implementation because rugby requires teams to adapt on the fly in the face of adversity, stiff competition, and a ticking clock.

In rugby, a scrum is a way to restart play, usually after a delay caused by an impasse. The largest players in the team gather in a compact group over the ball. In the simplest terms, their purpose is to get the ball moving forward again. Usually, a series of short lateral passes develop from the scrum as the team searches for a way to make further progress.
In PMO implementation, the scrum is a smaller group within the overall team whose objective is to break down a complicated aspect of the project into smaller, progressively achievable segments. As with rugby, a scrum features team members with defined but cross-functioning roles. Their purpose is to focus on and overcome specific obstacles to the delivery process.

What Is Scaled Agile Framework or SAFe?

Rugby scrums that overcome rough patches are just one aspect of a team’s strategy. Ultimately, the goal is for scrum members to get the ball in the hands of more agile players who can deliver it to the opponent’s end. For this to occur, the entire team must align in a formation covering the breadth of the field, enabling it to exploit any opportunities.

Similarly, SAFe is the overarching framework of a PMO. While Scrum concentrates on a specific task, Scalable Agile Frameworks tackle the project as a whole. It aims to deliver the project in a timely and efficient manner.

Are Scrum and SAFe Structured Differently?

Scrum and Scalable Agile Frameworks usually consist of three tiers that function similarly. A Scrum team handles each task, or sprint, led by a Scrum Master who, in turn, reports to the Product Owner. The Product Owner is responsible for planning and organizing each sprint as well as liaising with company management and employees.

SAFe can be likened to an enlarged version of Scrum with three levels: the visual portfolio (information and data stream), program, and team. The significant difference between SAFe and Scrum is that the former’s overarching purview allows it to perceive and resolve problems the latter will miss in its limited scope.

Implementing your PMO relies on identifying the areas that require Scrums and installing a Scalable Agile Framework that can read and adapt to changing conditions. To avoid downtime, conflicting departmental standards, and other inefficiencies, put the right people on the job from day one. Contact Project Genetics for a consultation today. 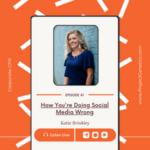 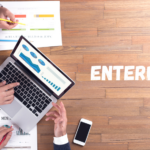 How to Apply Enterprise Project Management in the Real World 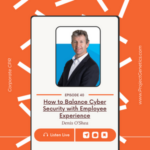 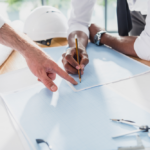 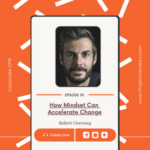 Corporate CPR Episode 39: How Mindset Can Accelerate Change in Your Organization with Robert Overweg