When I once joined a project as a recovery consultant, the organization had already spent $10 million on a Salesforce implementation. Despite the amount of money invested, nothing was yet in production. It was one of the top three initiatives in the company. One of the first things I do during a project rescue is to understand the project org chart. As the team was walking me through it, they mentioned that we were to meet weekly with the sponsors. Sponsors? As in more than one? On this project, there were three, each from a different department.

Sponsors play a critical role in project success, and can also be a direct cause of project failure.

When evaluating why a project is off-track, it is important to learn what role the sponsor plays to determine if there is an opportunity for them to be more effective.

Is there only one sponsor? The sponsor is the captain of the ship. Imagine what would happen if there was more than one captain, and each wanted to steer to a different location! In a project, it’s not uncommon for there to be competing priorities between stakeholders. Each stakeholder group focuses on what’s best for them and the outcomes they need. The sponsor must be focused on the overall project outcomes and attaining the project ROI that outlined in the business case. A sponsor is often responsible for sorting through competing priorities and understanding what will get the project the best overall outcome. If there is more than one sponsor, than there is no single point of accountability to project outcomes. And if sponsors have competing priorities that have to be de-conflicted, we will have to go to a leader outside the project to resolve the conflicts. The key is to have a single point of accountability, and that manifests itself as one sponsor.

Have the role and expectations been clearly defined? Often someone is assigned the role of a sponsor with no explanation of what that means. Maybe it’s assumed that the newly designated sponsor knows their roles and responsibilities. Perhaps they are assigned simply because a project must have a sponsor, and no one understands the position. A sponsor is the champion of the project. This person should be the project’s biggest cheerleader. The sponsor should be advocating the project through the organization and ensuring it’s getting the right visibility within the organization. The sponsor is responsible for providing the project with the resources it needs, typically in funding. Finally, the sponsor is the professional roadblock remover. They are an escalation path for the project when the project fails in achieving its results.

Is the right person the sponsor? As you learn the sponsor’s role, you may determine the person assigned isn’t the right fit. The sponsor owns the business case and, therefore, the project outcomes. The sponsor should invest in reaching those outcomes. If the results are to improve customer service and the sponsor is in finance, that is most likely a misaligned sponsor.

If your project is off-track and needs rescue, examine the sponsor’s role and purpose. What challenges have your projects faced when it comes to a less than ideal project sponsor? What techniques have you used to circumvent those issues?

Jana Axline is Chief Project Officer at Project Genetics and the author of Becoming You. Through her leadership musings, she inspires audiences to grow as leaders and ultimately achieve who they were created to be. For more information visit Project Genetics. 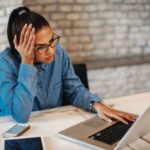 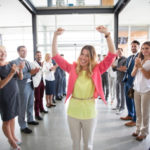 My Journey from I QUIT To I DO: The Path to Achieving my Full Potential 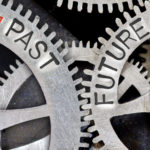 5 Times to Get a New Project Manager

Start a project
See our work